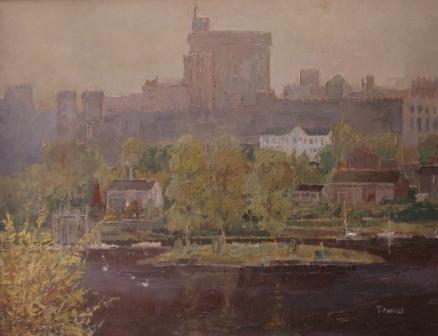 Tom Wanless was a well-known contemporary Northern Artist and tutor whose career in art extended over 40 years.

Wanless was educated at Washington Grammar School and completed his training as a teacher at Bede College, Durham University. After serving with the RAEC in Kenya he studied at Sunderland College of Art where he was greatly influenced by artist Harry Thubron.

After retiring from his post as Principal Lecturer and Co-ordinator for Creative Arts at Leeds Polytechnic in 1989 Tom Wanless became a full-time artist and regular exhibitor at the Mall Galleries.

Tom Wanless paintings have been selected for final exhibitions of the Singer Friedlander/Sunday Times Watercolour on seven occasions.