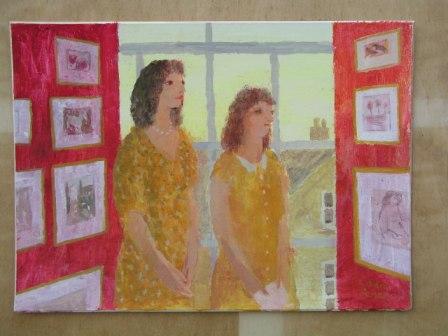 Richard Sorrell was born in 1948 into a family of artists. Both his parents were successful artists and as a young artist Sorrell initially studied art at Walthamstow Art School and then Kingston College of Art. This was followed by a period of time at the Royal Academy of Art Schools.

Since completing his training at the Royal Academy of Art Richard Sorrell has spent his entire career as a full time professional artist. Along the way Richard has won a number of British art awards and accolades for his contemporary paintings.

Richard Sorrell's contemporary art work is divided into objective, descriptive painting featuring landscapes, still life and his imaginative figurative subjects. His objective is to make strong images which people will respond to immediately but not tire of easily.