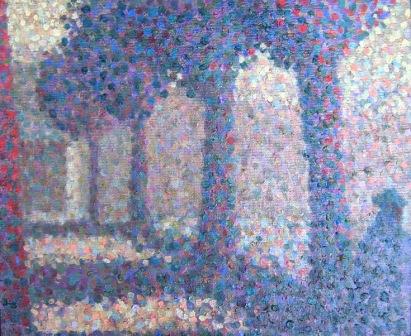 Nicholas Turner was born in Bristol in 1972. He studied Art and Design at the University of the West of England, Bristol.

Nicholas Turner paintings typically contain strong influences of pointillism . And, increasingly Turner's paintings are inspired by the landscapes of Spain where he spends much of his time. These paintings of Spain convey a sense of mystery and intrigue created from images of the hillsides of the Sierra Nevada.