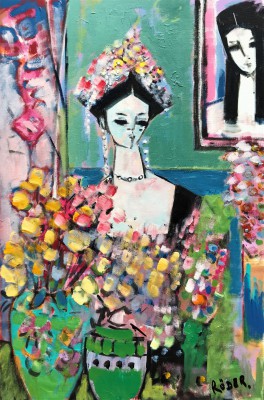 This is where you can see all of the British flower paintings.